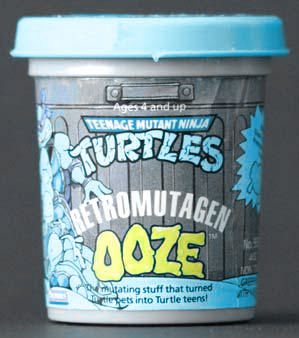 It is incredibly difficult to sit down and compose a coherent post on little more than half a cup of coffee and sheer willpower. And the latter seems to be much more effective than the former.

“Social justice” is a phrase that I’ve seen popping up a lot in the past few days, usually related to left/liberalism and especially within the context of health care. Come to think of it, the guy in my last blog post used the phrase as a part of his denunciation of liberal politics.

So whenever I see a trend like that, whether it’s a genuine emerging phenomenon or just a random fractal blip on the cultural canvas, I do what I can to get my head around it. I mean, it’s not like as grownups we get a vocabulary hand-out to study every week for the test on Friday.

The problem with the term “Social Justice” is that the concept of “Justice” is mostly subjective. And given that the term originates from Liberalism (which is generally anything but, these days), anything with the word “Social” appended to it in that context tends to mean “Government-run and supported by heavy taxation” in my experience.

So if I were to draw a picture of “Social Justice” as espoused by those most likely to use the term, it would probably involve Robin Hood in a cheap suit sodomizing an entrepreneur through his back pocket in a public square in front of a crowd of hippies, celebrities, and slackers. He’d have a briefcase in one hand, and his other would be a fist triumphantly raised in the air.

But being as it’s still early in the morning I’m not even going to pretend I’d attempt to construct an actual image for this. Anyway, feel free to let me know if my picture of “Social Justice” is incorrect.

BUFFALO, N.Y. (WIVB) – The crime curbing effort has collected over 1,600 guns over the past 2 years and city leaders said this is another successful year.

Mayor Byron Brown said, “We will get anything from long guns rifles, AK-47’s, oozies, so we have gotten those assault weapons.”

And all those weapons are good for a pre-paid credit card, with assault weapons collecting 100 bucks.

I’m not even going to deal with the ridiculous notion of how law-abiding citizens turning in legally owned firearms somehow curbs crime, or the idiocy of the term “buyback” given how the guns never belonged to the government in the first place. But really? Are you that goddamn ignorant that you think “Oozie” is perhaps a slang term for a type of firearm, or worse, the actual spelling of one?

It took me three seconds to do a Google search on the word “Oozie”, and two of those were spent sipping luke-warm coffee. The first 4 results included an Urban Dictionary definition of a Burmese elephant rider and a jazz club or something. Right below those, Google helpfully asks “Did you mean UZI?“.

There’s no excuse for this level of ignorance and lack of fact-checking if you consider yourself a journalist, or even an intern hoping to become a journalist. But it’s symptomatic of the same ignorance when it comes to firearms reporting, and why there’s such a decidedly hostile slant against the amendment that bumps up right next to the one that allows journalism to exist in the first place.

From now on I’m going to refer to journalists who incorrectly report on firearms issues as “Oozies”.