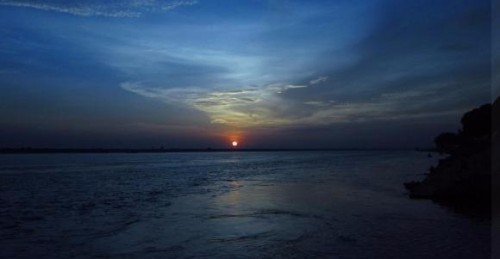 Events have me thinking, mulling over views and re-examining beliefs.

I  express a lot of contempt for people who don’t make use of their brains to think things through; people who accept simple explanations to complicated issues, or prefer sugar-coated narratives over bitter facts. I’ve always thought my reasons for this contempt were sound: so many people have been hurt or exploited by beliefs in things that cannot be proven, that the world would be a vastly better place if we could move past those beliefs as a species.

But today I was confronted about this lack of faith, in faith itself, by someone exceptionally dear to me. I was told that for pursuing this as a cause, with the intent to help make a difference in the world, that I was being cruel. And because of my affection for this person, I began to doubt, doubt.

I ended up spending most of the day beating myself up over it, trying to understand how someone rational and intelligent could find cruelty in skepticism, in holding the abilities of the human mind in such esteem that you refuse to fill the rest of that half-full or half-empty glass with something completely intangible.

With all of this banging around in my head, I pulled into a parking space and nearly ran over a stray cat. As I got out of the car, it looked me square in the face and actually meowed indignantly, before climbing onto my car and hopping over a nearby fence. I was just relieved that I hadn’t hit it. I stood there for a moment, feeling even more relieved that I was the kind of person who unconsciously still cared whether or not I ran over a stray cat. Was there a point to be learned here? Given the conversation I’d had earlier, I guess I really wanted there to be, and thought about it.

I define cruelty as doing harm to others unnecessarily. Would it have been cruel if I accidentally ran over the cat? No. It would have been cruel if I’d deliberately tried. I certainly didn’t need or want to eat the cat, and killing an animal  for nothing but sport, especially with a car, is morally repugnant. The cat couldn’t have been more than a year old, basically a kitten, versus me being armed with a two-thousand pound vehicle and a much bigger brain. It was just a simple animal, after all.

And because I desperately wanted to process all this as having some meaning, I ended up finding one. But the conclusions made me feel exactly like the prick I’d been accused of being in the first place

1. It is cruel to make sport of those weaker than you.

2. Intelligence is a form of strength.

3. Faith is a means of coping with weakness in a world that can be cruel.

I still don’t feel any better, in fact, I feel worse, because all that my brain could come up with was the condescending notion that simple-minded people are weak, and maybe it’s cruel to expect them to trade their sugar-coated narratives for bitter facts -even if it seems to me that the world would eventually be a much better place if people would just confront the reality how absurd it is right now, head-on, so we can all fucking do something about it together.

It was 4 in the morning when I started typing this. If you’re reading it because you were hoping for a message of clarity and redemption out of all of this, I’ll be the first to apologize for that; I’m still looking for one myself.

And I’m missing my friend.