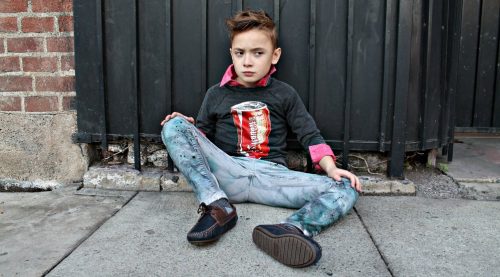 It’s 0018, just past midnight, and after a pouring a pot of coffee into my face over the last hour, my brain has been making a sort of chewing gum of the news I follow, to give itself something to do in the background while I wrap up things that don’t really require my full attention.

Bleak economic analysis of jobs and markets and trade deals, an upcoming election between two equally repugnant options, coverage of the progressively more intrusive technologies that come bundled with a sense of entitlement to every private word or picture or moment, and the standard, vapid celebrity nonsense– all congeal into a rubbery, foul-tasting lump of thought.

And here it is:

Sometime in the next few years, anywhere from two to ten by my guess, we’re going to see a movement on the part of the young to opt out of the “American Dream”, and “drop out” of what they’re coming to understand is a system that’s rigged against them from the moment they’re born. To put it simply, we’re going to see a new wave of “hippies”, and that might not be such a bad thing.

Anyone who’s paid honest attention to how society has been operating the past couple of decades can’t help but notice that the average person is at the mercy of a predatory class consisting of different groups, all of which exist to extract everything they can from a person at each stage of his or her life.

Our children are marketed to as soon as they can process information; toys and games and candy.

Teenagers are conditioned to believe that they’ll be ostracized without consuming the latest in fashion or trends or music or media just to stay afloat in their social pond.

Newly-minted adults attend colleges and universities to pursue degrees that are required by Human Resource departments often simply to cull applicants, for fewer and fewer jobs, paying tens or even hundreds of thousands of dollars for the privilege of getting an application past an automated filter.

College graduates coming out the other end of the pipeline with nothing to look forward to but than a decade of debt, not to mention the sleepless nights that go with it when entry level jobs demand three to five years of experience; predatory internships, agencies who offer to pay in “exposure”,  temporary “gigs” rather than stable employment, and phony job listings to sift through just to find them.

And in areas where job prospects are better, the housing market isn’t; carving out a third to even half of their incomes.

Of course, some will always hit the birth lottery or and have parents who’ve leveraged their lives to put them through college. Others will gamble with their own lives and backs to serve in the military when their parents can’t, or won’t.

And just enough will make it through this drearier, un-filmable version of the Hunger Games, that they’ll be used as examples as to why the American Dream is still worth dreaming, as long as you don’t wake up too much.

Why the hell wouldn’t the next generation refuse to play?