This one, in response to the ever popular “women drivers suck” status post on a friend’s wall. 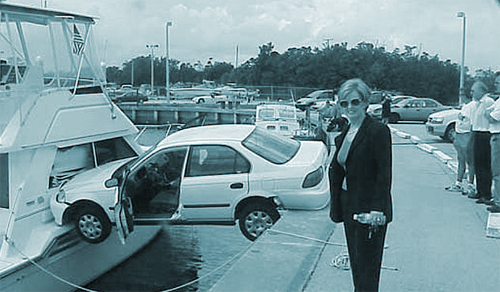 Although it’s also been demonstrated that, due to thousands of years of males being predominately hunters, we’re better at spacial recognition, judgement of distance, and anticipating others’ course corrections; all skills which are essential to good driving.

Women, however, are superior at distinguishing colors and patterns, which were skills that allowed them to discern which fruits and berries were good and which were deadly. Apparently women are able to perceive more shades of red than men as well.

So while men may actually be, as a gender, statistically better at driving, ultimately we’re still buying red sports cars to impress women; which tells you who really has the power in the situation.