Today’s Nealogisms are pulled straight from the headlines. 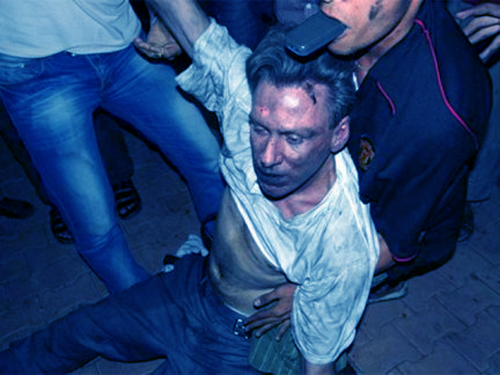 The state of having been killed by Muslims for some perceived offense against their religion.

A situation caused by a Christian to deliberately enrage Muslims.

Note that the image used above, according to the latest sources, is of a Libyan bystander trying to remove Christopher Steven’s body from the scene of the attack and take it to a hospital. It is currently being circulated disingenuously with the implication that his body was ‘dragged through the streets’ in order to further inflame the incident. Also note, people are fucking stupid.