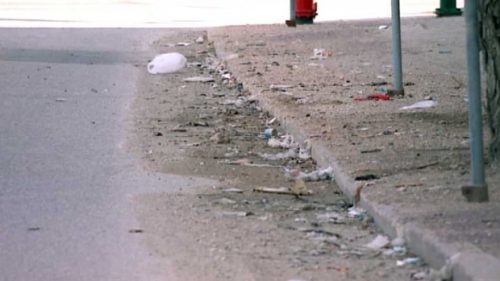 So you’re unhappy with how the past year played out. The people elected a tacky, crass demagogue whose grade-school language winks at racism in his speeches and incites bigotry and xenophobia. And emboldened by his example, the volume of other ugly voices has been dialed up to eleven on our cultural speakers.

It’s like half the country is embracing the worst stereotypes the rest of the Western world holds about Americans, and embroidering them on Chinese-made red ball caps.

So what are you going to do about it, cuck?

Here’s an idea: in a culture that glorifies the crudest aspects of our nature, choosing to carry yourself with dignity and class is an act of rebellion.

I know, you want to fire back, to give as good as you’ve gotten. You could completely wreck that guy if this were a face-to-face conversation –you know he wouldn’t be running his mouth much less calling you inane shit like “cuck”. It would be a lot easier to just start dropping f-bombs along with your facts, to show that you’re not fucking around.

But all you accomplish with that is to allow the bar to lower faster. Sure, I know that bar is getting heavy with fewer and fewer hands holding it up these days. But that’s where the strength of your own dignity becomes essential. If people start defecating on the sidewalk, do you join them, or do you repudiate their actions?

We may very well be at the tail end of that chain, ready to start the cycle over. In that case, it’s essential to keep a stiff upper lip, even when your nose is twitching angrily from the smell of shit on the sidewalk.