I always wanted one of these as a kid; mainly because I hated math. But by the time I joined the Army and moved out on my own, it wasn’t exactly something I wanted to spend my own money on. Especially since they weren’t exactly in style.

Now that I’m a bit older, I could give less than a rat’s backside as to what’s fashionable. Ironically, these do seem to be in with the girl-jean wearing, PBR-drinking hipster crowd. Apparently it’s some sort of throwback to the 80’s, like the louvered glasses, striped shirts, and Magnum P.I. moustaches. 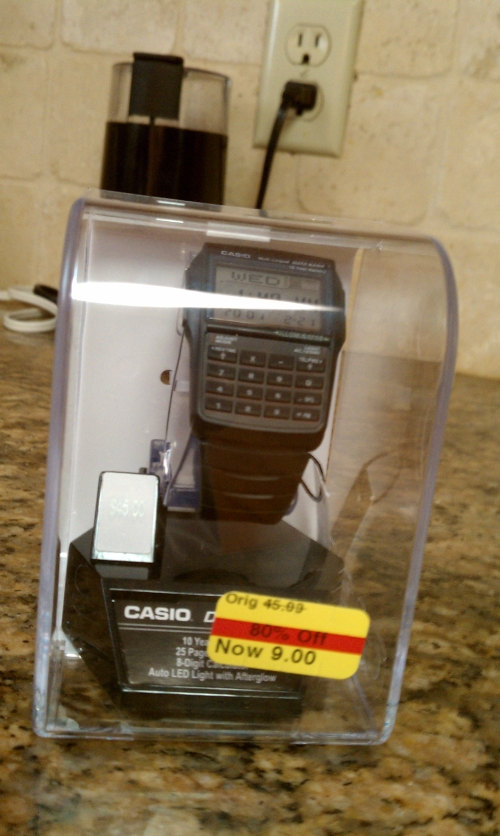 Of course, had it not been on clearance…  I sure as hell wouldn’t have paid the full $45 original price.  I doubt only the most insincere trust fund-baby hipster would either, unless somehow they were “ironically” spending their parents’ money or something.