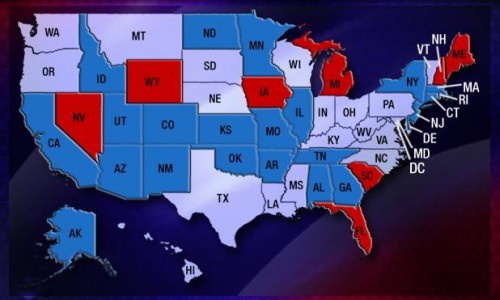 Duverger’s Law is a principle which asserts that a first-past-the-post election system naturally leads to a two-party system. The discovery of this principle is attributed to Maurice Duverger, a French sociologist who observed the effect in several papers published in the 1950s and 1960s. In the course of further research, other political scientists soon began calling the effect a “law.”

Some researchers and mathematicians have devised alternative voting systems which do not appear to be subject to the apparent drawbacks of first-past-the-post, though many would argue that a two-party outcome—all things considered—is a benefit to society. A frequent consequence of Duverger’s law is the spoiler effect, where a third-party candidate takes votes away from one of the two leading candiates.