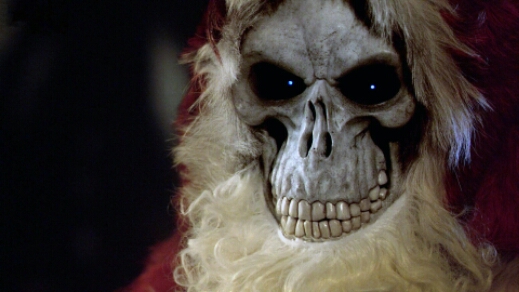 When my daughter was four, she flat-out asked if Santa was made up. And of course, being me, I told her the truth.

We all know the basic arguments both for and against teaching your child to believe in a morbidly obese chimney burglar from the Arctic. Each boils down to whether or not you feel Belief itself is a good thing. And I’ve always tended to side with the rational over the irrational.

But then I ran into this piece of dialogue in a book by Terry Pratchett, that makes a solid case for teaching your child to believe in St. Nick, or in the world he was writing about, the “Hogfather”. The voice in all caps, belongs to Death himself:

REALLY? AS IF IT WAS SOME KIND OF PINK PILL? NO. HUMANS NEED FANTASY TO BE HUMAN. TO BE THE PLACE WHERE THE FALLING ANGEL MEETS THE RISING APE.

YES. AS PRACTICE. YOU HAVE TO START OUT LEARNING TO BELIEVE THE LITTLE LIES.

“So we can believe the big ones?”

“They’re not the same at all!”

“Yes, but people have got to believe that, or what’s the point—”

Draw your own conclusions, but either way, that’s a brilliant piece of writing.

Merry Christmas you guys; wherever you are, however you celebrate it.