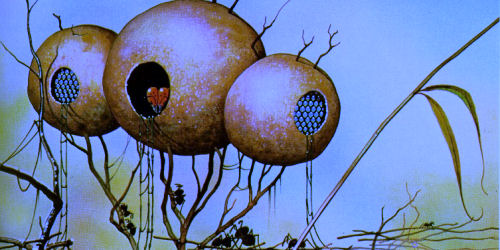 So I’m digitally milling around, doing 15 things at once, as always. And it occurs to me that there really just isn’t a great tool to centralize all of one’s social media. I know there are a few out there that try, but none in particular just get my search engines running (if you know what I mean).

As someone who’s done a lot of web branding, the first thing that pops into my mind when it’s daydreaming about hypothetical solutions to such a problem, is “what would the domain name be?”. And honestly, that’s partly because it’s one of the more fun parts of a project like that. It’s a lot like scrounging through a junkyard trying to find an alternator for your 280Z (the Z, not the ZX, those are ugly and suck). Only GoDaddy is the junkyard. When you do find something worthy of taking home and bolting onto your car (or project, to crank the torture rack on the analogy), it’s highly gratifying. I imagine it’s a lot like the feeling a Neanderthal got when he found a wounded sabertooth he could finish off and drag back to the village, earning him some hot cavewoman action.

Anyway, before you can go searching, it helps to have a rough idea of the name you want, which is an extension of the message you’re trying to convey about your product or service (yeah, I know, “duh” to you too). And as I always do, I like my brands to have a bit of conceptual wiggle room. For example: “Creative Combat” is loaded with all sorts of associations. This includes the fact that “creative” can refer to components of an advertising campaign, whereas “Combat” references the fact that your ad campaign is battling it out with other ad campaigns, for clicks and eyeballs.

So the first thing that popped into my head, for a solution to the Social Media Aggregation/Dashboard issue, was the word “Hive”. I’m sure that it’s because of the recent launch of Google Buzz (why yes, Virginia, I did link to a blog post just two down from this one). But it could also have something to do with the fact that I was craving some toast with honey (antioxidants for the win).

Regardless, unless the Internet gods were smiling on me, I was pretty sure I wouldn’t get “Hive.anything”. But what about “Hiv3”; the leetspeak version of the word? Sure enough, while .com was taken, .net and .org weren’t.

And what’s cool is that the domain/brand could express multiple things, such as “Hi! (version 3)”, and, of course, a central place for all the buzz going around the intertubes.

And then it occurred to me that it could also express “a third strain of the human immunodeficiency virus”, and this is where the practical part of my brain, Liz Lemon style, yelled “shut it down”. I’m pretty sure any positive, productive, traffic-magnetic connotations implied by the brand would always have a cold bucket of water hanging over them, ready to splash them in the face with the reality of the horrific pandemic.

They’re still up for grabs at the time of this post, so if you think you’ve got a better way of spinning it, go ahead. I’ll be donating a bit of money to AIDS research in the meantime.