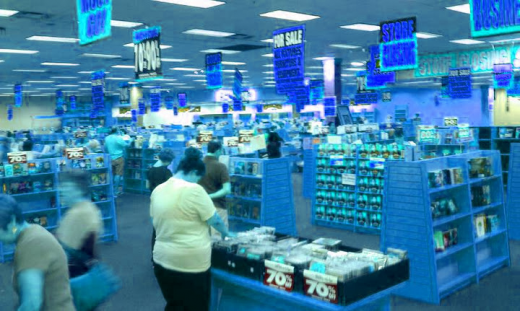 Getting all the meat off the bones, then going for the marrow…

I’d meant to write this about a month ago; so while the timeliness of the post isn’t exactly optimal,  at least this is an exercise in following through.

The sign read “everything up to 70% off”, and they weren’t kidding; even the fixtures were marked down to a price point that tempted me to buy, and I don’t fucking need 15′ of commercial bookshelves.  That was just a few steps into the store.

Within minutes I had in my hands six books, including Solzhenitsyn’s tales from the Soviet gulag,  one on how Kennedy’s wiz kids borked up Vietnam, and a mangled Calvin and Hobbes compilation.

The mob now occupying our local Borders was vastly different than the cast of characters that could be seen here just a year ago.  Then, you’d have just swam with a fairly typical slice of “book people”; the creepy, middle-aged manga fan, the self help guide collector, or the recovering goth chick.  But now, it was as if these players were replaced with the cast of “Desperation: The Movie”.  People who clearly hadn’t been into a bookstore in years if ever, were now streaming into the building with the same ferocity as if it were a Walmart, the day after Thanksgiving.

I noticed at least five separate women, ranging from late 40’s to early 60’s, dressed in faded office garb and smelling of cigarettes,  camping the career improvement section.  The regrets of wasted youth and bad life decisions wafted off of them and coalesced into an almost tangible cloud on that part of the store.  Then again, maybe it was just the cigarettes; I tend to conflate the two “scents”.

These ladies, however weren’t the most depressing animals in the herd.  That honor would go to the scattered gaggles of flip-flop wearing, obese teenagers, sucking down 2000-calorie Frappucinos.  These apple-shaped bags of youth were wandering through the aisles, and I can only guess that they were looking for the chocolate truffles which once surrounded the checkout registers, in hopes that they were now available somewhere here by the bucket at the same clearance prices.  (They weren’t; I checked.)

At some point I became aware that I wasn’t scavenging shopping, I was just wallowing in the emotional filth of the scene.  It was a goddamn shame that the only bookstore within a reasonable drive of my house was closing down, even if it was a mega-chain.  Then again, what else could I expect when there are 30 copies of Shannon Doherty’s book stacked at the entrance?  Who was the target audience for a book by or about (I didn’t bother figuring out which) a former celebrity who hasn’t been culturally relevant in almost two decades?  Certainly not the types of people you’ll typically find in a bookstore.

I can almost understand the book by Taboo.  You know who Taboo is, right?  Yeah, I wouldn’t either if I hadn’t seen the cover. 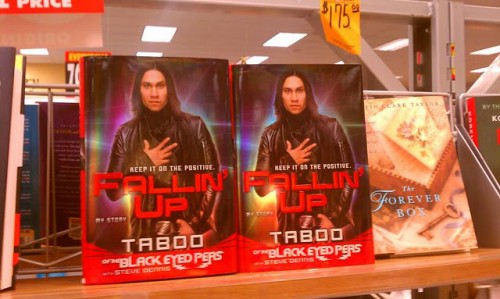 He’s apparently the Filipino guy from the Black Eyed Peas.  Why he’s got an autobiography, I don’t know.  But then, so do a dozen-or-so professional wrestlers.  Obviously, someone is buying this stuff.  I fully recognize (and lament) the infatuation with celebrity in this country.  But what I’d like to know is why the Borders executives and book publishers, in an age where print is being spoon-fed applesauce in the media nursing home, thought it was a good idea to try and compete for the eyeballs and dollar bills of a demographic that thinks Casey Anthony is news and Red Lobster is fine dining.

I don’t want to place the blame for the death of the bookstore solely on housewives and regular folks; your typical book geek is to blame as well. 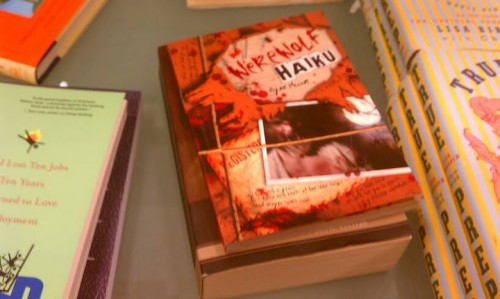 Fucking “Werewolf Haiku”?  Is the competition for our declining span of our attention so fierce that the only way to get through to people is to mix random shit together?  “YOU GOT SPIDERS IN MY PEANUT BUTTER!”  “CHICKEN MONKEY FIBERGLASS SUBMARINE!”

Is it working?  Should I expect certified letters from prospective publishers?

Unfortunately, werewolf haiku is just the tip of the shitberg.  At some point, publishers decided ideas that should have been, at best, a funny thread on a comedy site like SomethingAwful, were brilliant enough to justify felling several thousand trees and putting into hardcover.  “Pride and Prejudice and Zombies”, would have been hilarious as a Photoshop contest, but 320 pages of text?  It was sitting on the shelf next to “How to Defeat Your Own Clone”.

The premise of both books is funny, I’ll admit without any reservation.  I’d be a complete hypocrite if I, as a guy with a blog titled “the world’s most dangerous nerd”, talked shit about people who I’d probably enjoy geeking the fuck out with over scotch and some twenty-sided dice.  And I can even see the appeal in purchasing books like that as humorous pieces to put on your coffee table, to impress guests with how “quirky” you are.  But here’s the thing: even that ancillary purpose of print media has been replaced by technology.  You see, there are sites like “Reddit”, where you can share with the world, links to things that represent your interests, and where others can recognize you for those interests.  And you don’t even have to offer those motherfuckers soda, or clean the laundry off your couch in order to get that kind of feedback.

After my reserve tank of Faith-In-Humanity was depleted, I headed to the register with only a single item in my hand; a military SciFi paperback.  And as I’m writing this a month after I’d intended to, I should probably include that the book’s main character is named after the protagonist of a Heinlein short story.  Which, if you know me… go figure. 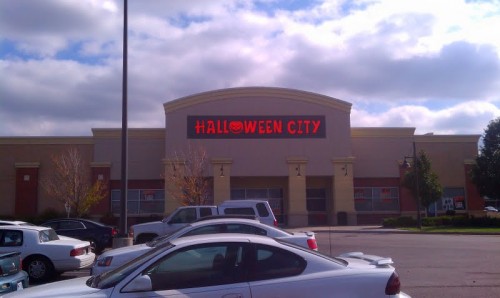